The history of Putney Heath 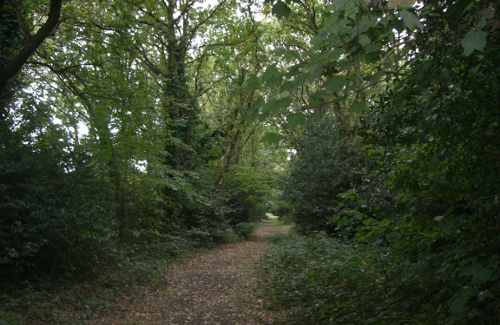 A path crossing Putney Heath, where highwaymen waited to pounce.

Putney Heath is one of three open spaces, along with Wimbledon Common and Putney Lower Common, that are legally protected from being enclosed or built upon by the Wimbledon and Putney Commons Act of 1871. The heath continues to be recognised as separate from its better known Wimbledon neighbour in spite of being cut in two by the creation of a dual carriageway and underpass on the A3 trunk road.

The heath is at the top of Putney Hill, 148ft above sea level, which made it an ideal place for a station in a chain of shutter telegraph towers, which connected the Admiralty in London to its ships in Portsmouth from 1796 to 1816. This was replaced by a semaphore station, part of a line that operated between 1822 and 1847, and ultimately by the electric telegraph system, which had been introduced in 1837. 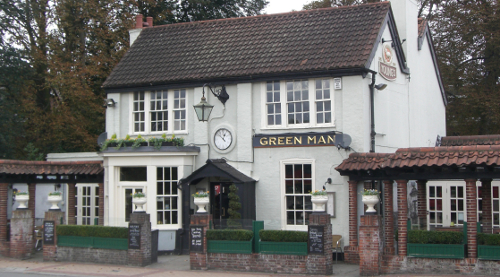 The 18th-century Green Man, with more recent additions on either side.

The area was a rendezvous for highwaymen. One of the most notorious, Jeremiah Abershaw, was arrested in 1795 in the Green Man. He was executed at Kennington and his body was hung in a chain gibbet on the heath as a warning to others. Dick Turpin is rumoured to have hidden his guns in an upstairs room at the Green Man and other highwaymen used the old tap room to weigh up their intended victims before setting off to waylay them.The heath became popular in the 17th century among gentry with a score to settle and many duels were fought near the Green Man. The Duke of Buckingham killed the Earl of Shrewsbury in 1667 with one stroke of his sword, leaving the duke free to continue to lavish his affections on Lady Shrewsbury. In 1798, William Pitt the Younger, when he was Prime Minister, and William Tierney MP chose to resolve a disagreement over a Parliamentary Bill by facing each other with pistols on the heath. Both missed their targets and survived, perhaps to settle their differences over a stiff drink in the Green Man or the Telegraph, another pub on the heath that became popular with duellists. 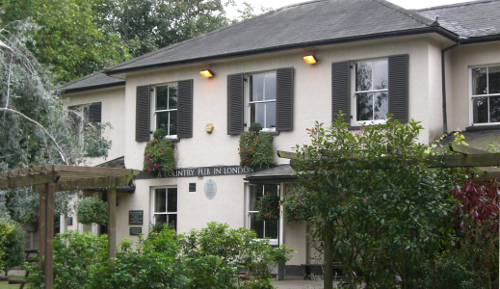 The Telegraph, once in the middle of the heath but now close to the A3. 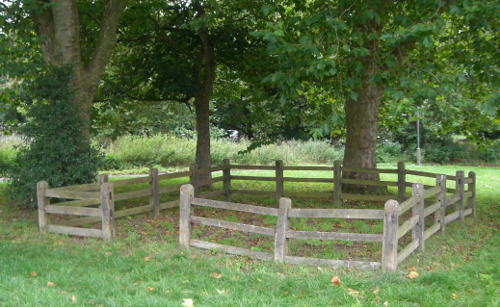 An ancient cattle pound on the north of the heath close to Manor Fields.